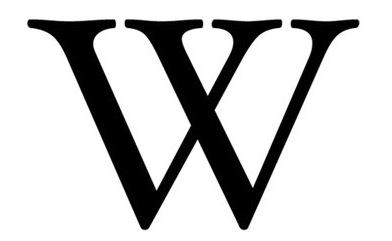 Wikipedia’s main detractors are quick to point out that its credibility is tied to the people editing it. Creators of print encyclopedias have been notoriously outspoken about the lack of scholarly influence in many of the pages of Wikipedia. The idea that anyone from anywhere could make an edit on any page at any time indeed leads to some skepticism. Still, Wikipedia maintains that its service is one of the most reliable options for information gatherers the world over. Both sides have compelling arguments, but it comes down to one question: “Is Wikipedia reliable?”

From an outsider’s perspective, the reliability that Wikipedia claims to have seems to rely entirely on the honor system. It can appear as if the goal of the entire service is to be comprised of upstanding citizens who want to inform the public holistically. Of course, putting anything on the internet that’s open to public use is going to lead to vandalism naturally. This kind of vandalism leads scholars to suggest that facts and opinions can merge into one half-true article that passes itself off as factually accurate. It’s also relatively common for lies to be propagated on Wikipedia for months at a time without anyone noticing.

But if you’re still asking, “Is Wikipedia reliable?” it seems that it depends on who you ask. Many different independent studies have shown that Wikipedia’s reliability is generally no greater or no worse than any print encyclopedias’. Coupled with the fact that Wikipedia has a wealth of information that is constantly evolving, it would seem to appear that their reliability and functionality exceeds that of any other information resources. It has a self-regulatory feel to it that can provide individuals with instant updates on current events as well as strict adherence to specific encyclopedic rules. When a print encyclopedia is bound, it will be stuck that way forever.

Even so, Wikipedia’s proponents will still tell you to use the site with at least a bit of caution. Because information is being gathered at a much more rapid pace than ever before, it’s certainly feasible that the information on Wikipedia is either outdated or not entirely accurate. Academics and even the staff of Wikipedia have noted that the site is not suitable as a primary or even a secondary source. It is, however, useful as a starting point for academic research or just as a way to casually learn about things.

So, is Wikipedia reliable? The answer is likely closer to a “Yes” than it is to a “No.” It might not be 100% perfect, but you run the same risk of coming across factually inaccurate information in the Encyclopedia Britannica as you do in Wikipedia. The lasting reliability of Wikipedia is partially due to its team of dedicated volunteer editors. Even though many of these people do not have PhDs or graduate degrees, they do have a strong commitment to providing the most factually accurate information resource in the history of humankind.